From the Snack Aisle - Kellogg's Pokes


"How'd you like a poke in the mouth?" I thought to myself upon seeing these packages for the first time, thinking I was being clever and a bit dirty.
But then I did a little bit of research, and I found that Kellogg's did indeed use that tagline.
"A Poke in the mouth makes a hit in the tummy", to be exact. Great (dirty) minds think alike, I guess. 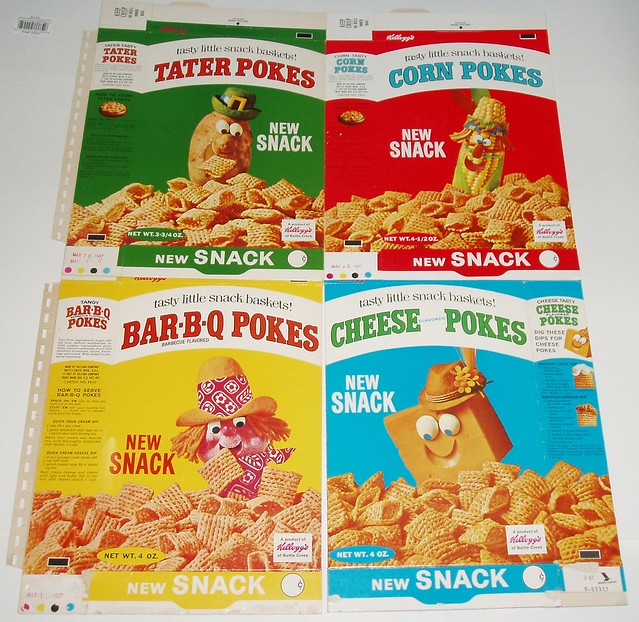 So this is what I know about Pokes:
1. They came in 4 flavors. Corn, Cheese and Bar-B-Q were the original 3 flavors, and Potato Pokes were added sometime shortly after.

2. These were "Tasty little Snack Baskets", which look like they just took some Chex and opened up one end....a clever snack shape I don't think I've seen before (Bugle's are pretty similar in execution)

3. The boxes are AMAZING. I mean...LOOK at them. The Potato Pokes have an Irish Potato creature on the front! The Corn Pokes have a crazy looking Indian corn creature on it! The Cheese Pokes have a smiling hunk of (alpine?) Cheese on it! The Bar-B-Q Pokes have a ........cowboy looking......what is that.....a hunk of coal? Ok, that one I'm not sure about. But the boxes reek of the late 60's, and I would love to have a set for my collection.

4. The Reason I don't have them in my collection is because they are Rare, and Expensive if you do find them. A Corn Pokes box sold on Hakes Auctions last year for $600. My wife would kick me out of the house if I spend $600 on ANY box (unless there was a diamond ring inside of it, for her). 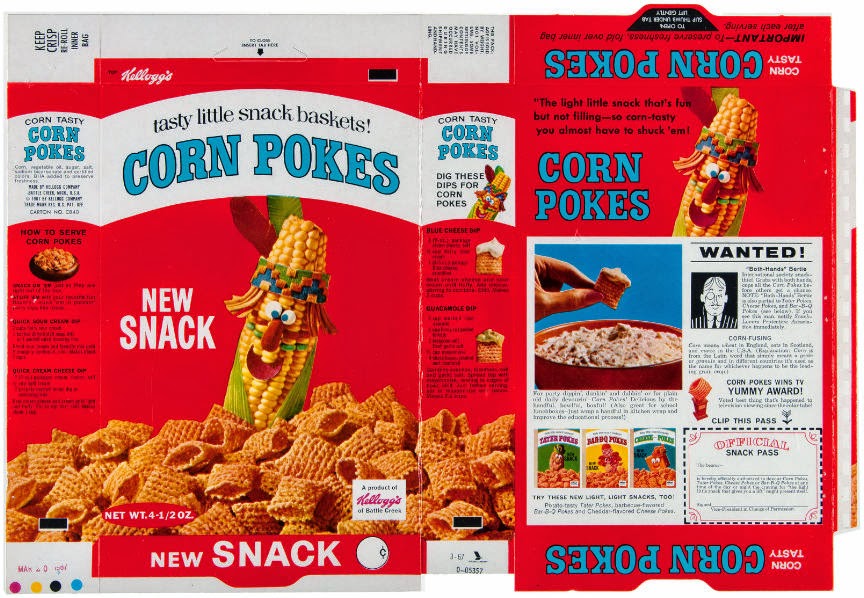 5. I'm not sure if these were sold in the US and in Canada or only in Canada. The only advertising I could find for them was in the Montreal Gazette, and it says on the Coupon "Kellogg's Company of Canada, 1968". I know there are Kellogg's cereals that you can only get in Canada, so maybe this was along the same lines? I never had there while they were in stores, so maybe someone can confirm for me. 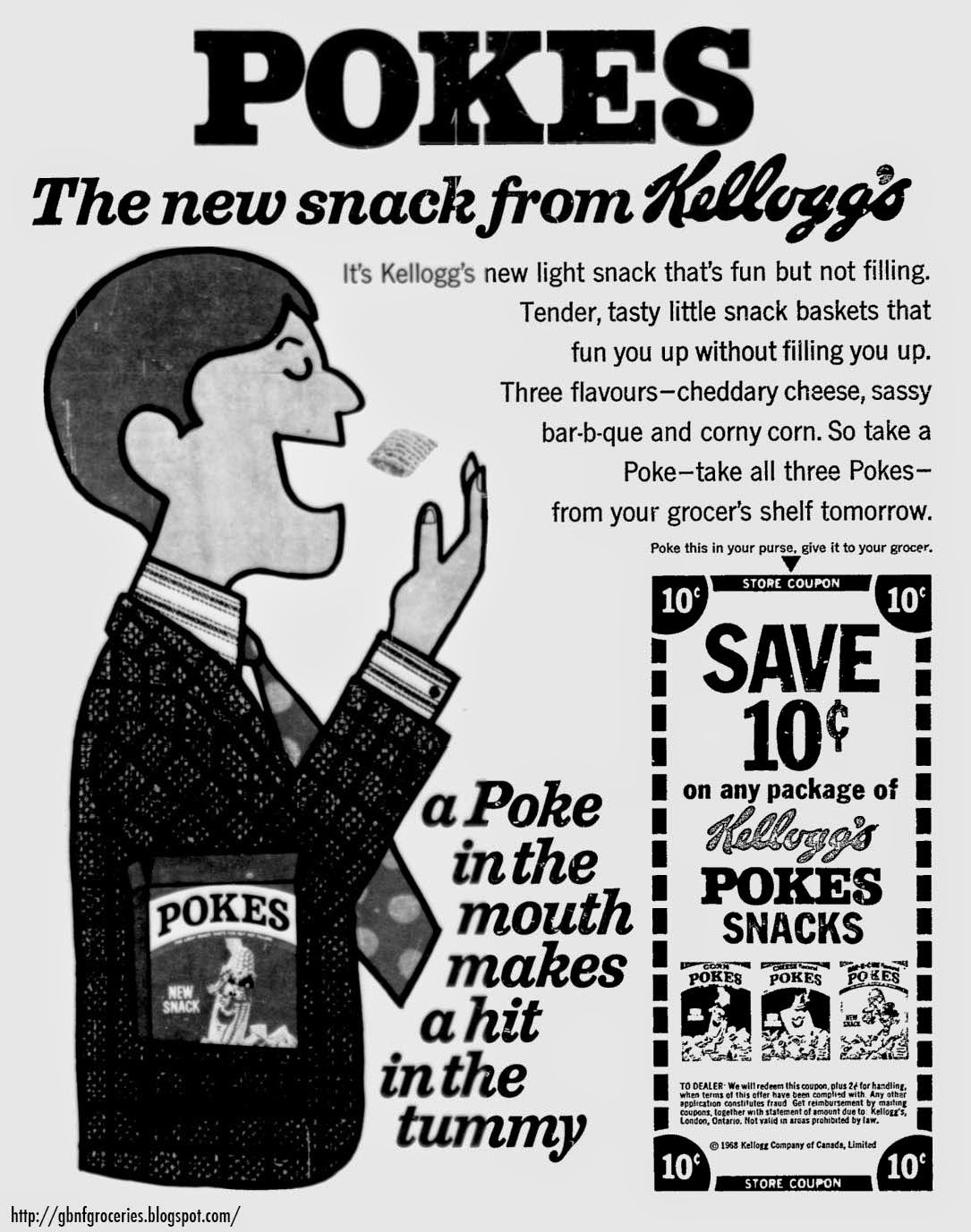 I couldn't find a lot of info on these, like many of the slightly less popular brands of the 60's-70's. But an important addition to the shelves of Gone But Not Forgotten Groceries none the less.

Leave a comment if you remember these awesome yet slightly creepy looking snacks!