They had a good thing going and they let it slip through their fingers. Probably because they have little fingers. It's hard to hold onto a bag of delicious chips (I know... they aren't chips) with such small fingers. 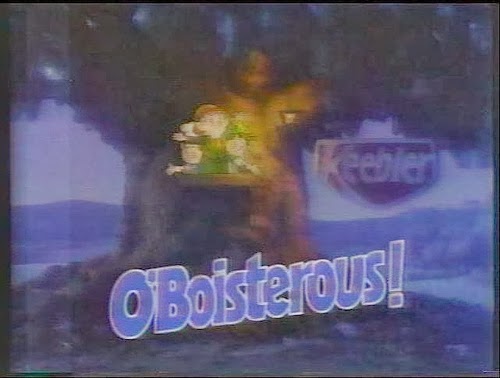 O'Boises were one of those snacks that you wanted to call "A chip", though they swore up and down that they aren't a chip. (those elves swear a lot too, guys......usually complaining about the tiny fingers...). They were a baked chip like shape that had small air pockets all over, giving them a very distinct crunch. Very salty....very delicious. 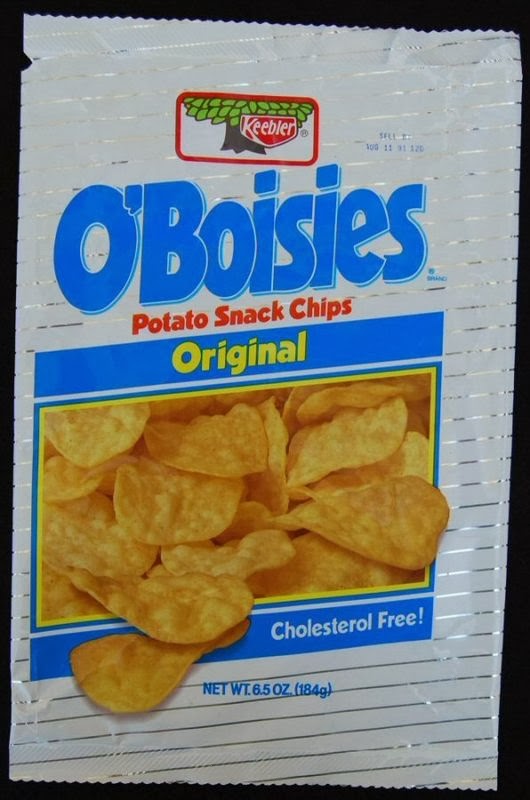 I keep wanting to compare them to Tato Skins, but I don't think that would be fair. But I'm not sure what else to compare them to, so I will. Are you picturing Tato Skins? Good. They look kinda like that. But not really.
They came in 3 flavors: Regular, Sour Cream and Onion, and BBQ. And each one was delicious. I was always a fan of the Sour Cream and Onion.
And then one day - *poof* - they're gone.

Nobody really knows where O'Boises disappeared to, but my running theory is that one of the elves fell into the machine that peeled the potatoes for O'Boises Chips (I know they're not chips) and as part of the lawsuit settlement the machine had to be removed from the factory/tree and as a result it just took too long to peel all the potatoes by hand, and they decided to shelf the product and focus on other areas (namely cookies).

Or maybe they were discontinued because of poor sales. That might be why, too. I'll check with the elves.