So here's a product that I can't find much about, at all. I found this add while browsing some old newspapers. It seems that in the early to mid 70's there was a boom for at home personal pizza or some variation of them. There were Nabisco Poppins, Kellogg's had their Presto Pizzas, Buitoni had their Toasterinos, but here is one that I can only assume was a company (unsuccessfully) jumping on the bandwagon (though seeing that these were from the early 70's and the others came a little later, maybe this product was just ahead of it's time instead.)

Like I said, I don't know much about this product, except that TV Host and actor Art Linkletter was signed on as a celebrity sponsor of them, and even stared in a TV commercial for them (which I could not locate.....yet......) 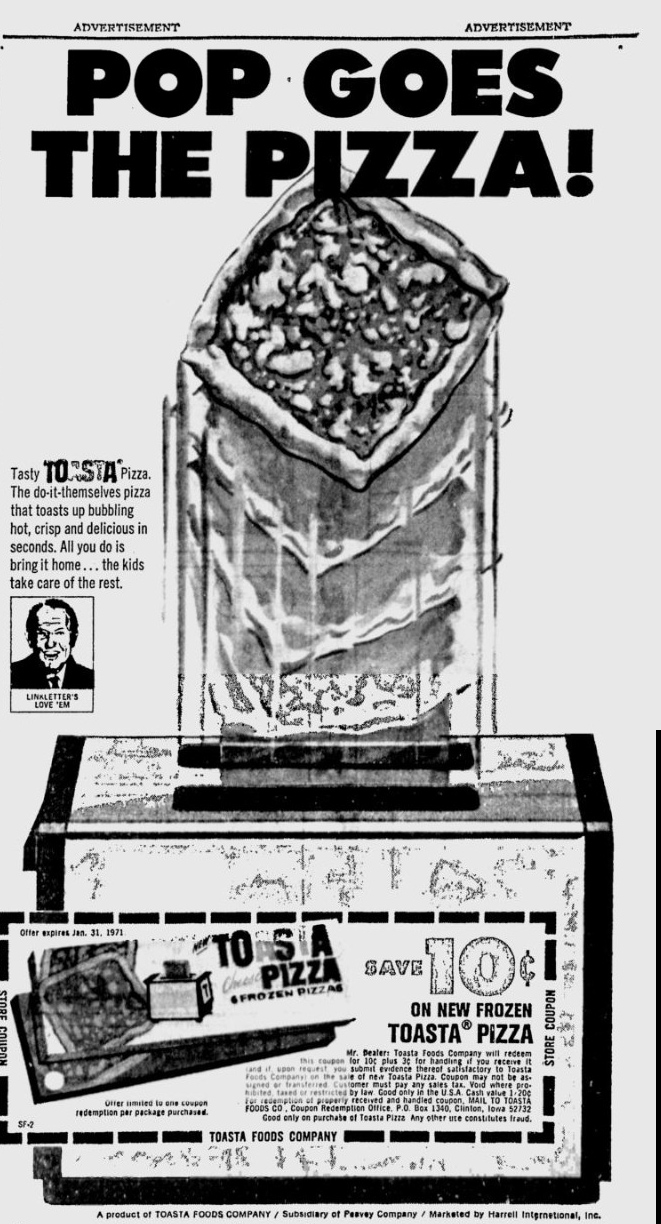