From the Beverage Aisle: Orbitz 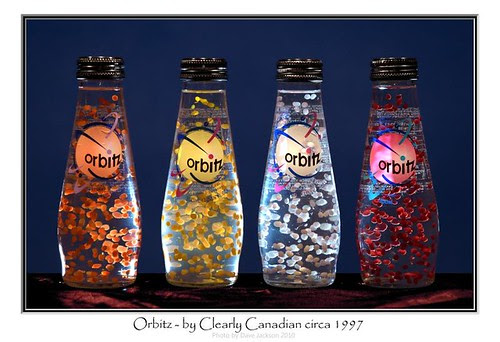 "This Drink Has Balls" is the slogan that I thought Clearly Canadian should have used in their marketing of this product, but sadly, they never responded to my letters. I thought they'd maybe want to be cutting edge, I mean, they were already using a Z in place of the S in the name, so they are one step removed from a catchy, possibly in poor taste catch phrase (sorry to use the phrase "Poor Taste" around you, Orbitz.....I know it's a touchy subject.)

In 1997, Clearly Canadian Beverage Corp.  was looking to expand on their line of Carbonated Fruit beverages called "Clearly Canadian"(I always liked the Coastal Cranberry). What they came up with, however, was frankly frightening. It was something I have never seen in all my years of, well, drinking liquid. What they came up with was a noncarbonated fruit-flavored beverage, but not just any noncarbonated fruit-flavored beverage, but one that had small edible balls floating in it. They marketed it as a "texturally enhanced alternative beverage".

I don't know about you, but I don't enjoy chewing when I should be drinking.


The small balls floated due to their nearly equal density to the surrounding liquid, and remained suspended because of an ingredient known as gellan gum. It sort of looked like a lava lamp. That you could drink. If for some reason you ever wanted to drink a lava lamp.

For obvious reasons, Orbitz disappeared from convenient stores across America, almost as quickly as it's floating balls arrived. It was a fad, and I'm sure they made money off it. But like all fads, you blink and it's gone.

Seriously, though, would you drink this? 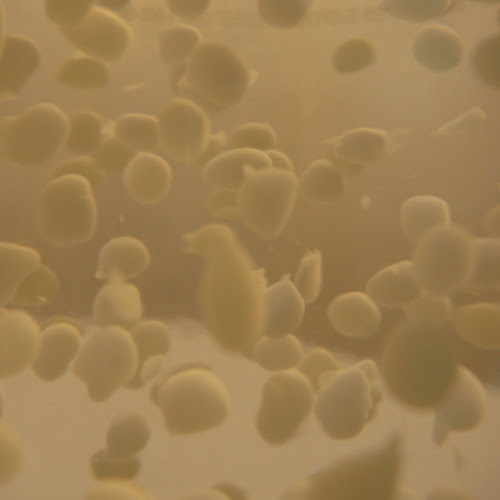